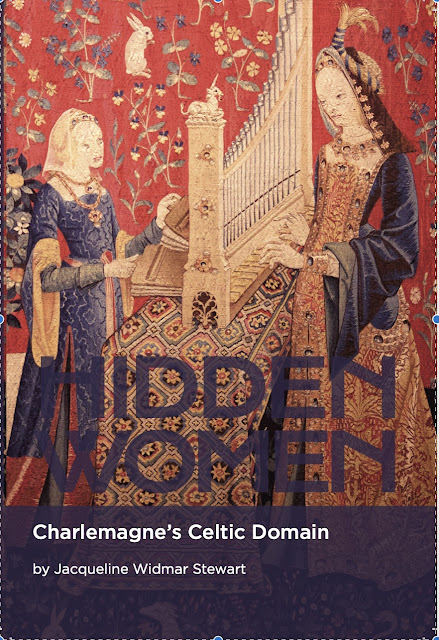 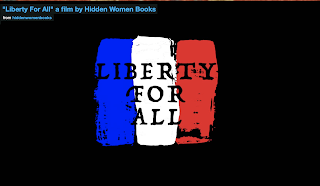 In English and French, with English subtitles

Announcing the new release of the short film Liberty for All.  Look behind the scenes at the forces driving the quest for liberty in France and America; hear the voices from both sides of the Atlantic that led up to the two revolutions.  With the help of archaeology, uncover some of France's Gallic roots that reveal a tradition of liberty that included both men and women.  As a culmination, listen to the words of France's 20thcentury warrior who raised a rallying cry for freedom that still resounds to the present day.

Lest freedom slip away while the world deals with pestilence, earnings and survival, please spend a brief moment with us to consider the high cost of losing it.

Posted by Jacqueline Widmar Stewart at 10:54 AM No comments: 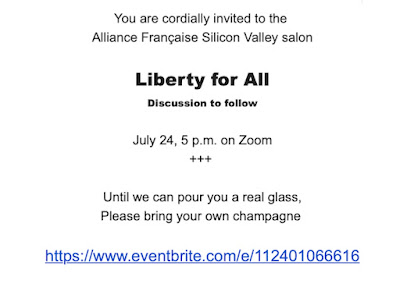 Posted by Jacqueline Widmar Stewart at 2:59 PM No comments:

From rain to wine

From savagery, may roses bloom;
May action rise from harms.
May parents have their children back
To loving, outstretched arms.

May fields and fields of poppies grow
Where battles have been fought;
May liberty find endless homes,
And peace be ever taught. 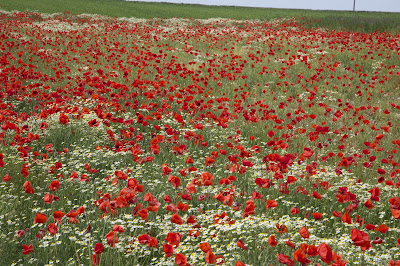 Posted by Jacqueline Widmar Stewart at 9:45 AM No comments: 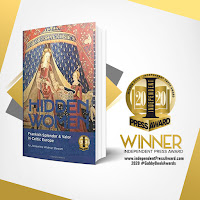 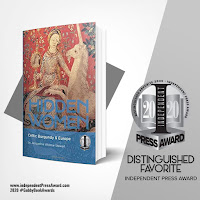 Author receives national recognition through the INDEPENDENT PRESS AWARDS®!
Palo Alto, California, May 5, 2020 -- The INDEPENDENT PRESS AWARD recognized the two most recent books in the HIDDEN WOMEN series: Frankish Splendor and Valor in Celtic Europe and Celtic Burgundy in Europe by Jacqueline Widmar Stewart in the categories of World History and Women’s Issues as winner and distinguished favorite, respectively.
The competition is judged by experts from different aspects of the book industry, including publishers, writers, editors, book cover designers and professional copywriters. Selected award winners and distinguished favorites are based on overall excellence.
In this multi-disciplinary study narrated by photography, poetry, maps and text, Hidden Women books bring vantage views into a wealthy, innovative, nature-loving Celtic civilization that spanned Europe from the British Isles to Hungary.  From archaeological finds right up to the present-day, the author traces some of the common threads that were beautifully woven by both genders over some 3000 years.  One discrepancy stands out:  Europe’s pre-Christian residents esteemed women, whereas invaders and imperialists do not.  By embracing the Celtic legacy of freedom and equality, the world can regain an open, cosmopolitan society that honors achievement regardless of gender.
HIDDEN WOMEN:  Frankish Splendor and Valor in Celtic Europe, category World History:  The name “Frank” recalls the Frankish role in freeing Europe from Roman imperialism in the 5th century.  Later Frankish men and women - including Charlemagne, his mother, grandmother and sister - founded abbeys that functioned like secular academic villages.  Even today, viticulture from Pannonia to the Rhineland evidences on-going Frankish presence, as do exquisite health resort towns at ancient hot springs.
HIDDEN WOMEN:  Celtic Burgundy in Europe, category Women’s Issues:  Known primarily for its wines, Europe’s Burgundy family also excelled in hydrology, textiles and literature.  Because female Burgundian leaders sequestered the Dukes of Burgundy library in Spain in the 15th century, the collection is open to the public at the national library in Brussels today.  Preserving this collection of largely secular work is particularly significant since so few non-religious writings survived 1400 years of heresy laws.  Some thousand years earlier, Burgundians had joined forces with other Celtic families to regain their Rhineland capital from Roman control.  A famed heroic epic, the Nibelungenlied, relates the story of a Burgundian widow from Borbetomagus (now Worms) who mounted a military campaign against the Romans after they had killed her husband.  Women then stood side by side with their men; both were decorated in gold for defending freedom.
In 2020, the INDEPENDENT PRESS AWARD had entries worldwide.  Participating authors and publishers reside in countries such as Australia, Brazil, Cambodia, Canada, India, Ireland, Portugal, Sweden, and others.  Books submitted included writers located in cities such as Austin to Memphis to Santa Cruz; from Copenhagen to Mumbai; from Albuquerque to Staten Island; from Boise to Honolulu, and others.
"We are thrilled to announce the winners and distinguished favorites in our annual 2020 INDEPENDENT PRESS AWARD.  This year included a myriad of excellent independently published books.  It is clear that independents are prospering in every corner of the earth.  We are so proud to be highlighting key titles representing global independent publishing." said awards sponsor Gabrielle Olczak.
From Wikipedia:
About 2,400 publishers throughout the English-speaking world participate in the awards each year. In 2017 the contest drew over 5,000 entries, and medals were awarded to authors and publishers from 43 U.S. states, seven Canadian provinces and 15 countries.
Books by IPPY winners in 2016, 2017 and 2018 were published by university presses including Princeton, Stanford, Yale, Wisconsin, Iowa, and other major university presses. Among the fiction gold medalists was Elena Ferrante's The Story of the Lost Child, originally published in Italy and issued in English by Europa.
Previous winners in fiction categories include the small presses Milkweed, Coffee House, Graywolf, The Other Press, McPherson, Europa, and McSweeney's. IPPY Gold Medal winner Lord of Misrule also won the National Book Award and The Patience Stone also won France's Prix Goncourt for its French edition. David Eggers won a 2003 Outstanding Book of the Year for A Heartbreaking Work of Staggering Genius.[3] Margaret Atwood won in 2003 for Negotiating with the Dead: A Writer on Writing. Juan Felipe Herrera, the United States Poet Laureate, won an IPPY gold medal in 2005 for Featherless (Desplumado).
For more information please visit independentpressaward.com; and to see this year's list of IPA Winners and Distinguished Favorites, please visit the website pages:
2020 WINNERS: https://www.independentpressaward.com/2020winners
2020 DISTINGUISHED FAVORITES: https://www.independentpressaward.com/2020distinguishedfavorites

Posted by Jacqueline Widmar Stewart at 10:39 AM No comments:

In Tribute to a Star Still Bright

Dear Irenca, your candle still shines
in a place we cannot yet see.
You meant the world to so many -
May your spirit rest ever free.

Remembering Irene Povše,
A leading light in the quest for truth and freedom.

Posted by Jacqueline Widmar Stewart at 11:37 AM No comments:

Email ThisBlogThis!Share to TwitterShare to FacebookShare to Pinterest
To see Traces of Franks and Wine in Celtic Europe, a presentation made to the Palo Alto University Rotary on March 27, 2020, please click this link to our YouTube channel 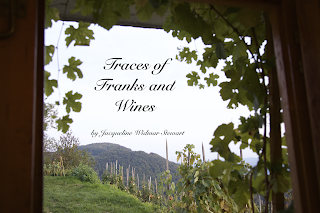 https://youtu.be/1eXsN6sid2g
Posted by Jacqueline Widmar Stewart at 11:33 AM No comments: